Police the Strongarms of Librarians

If you live in Charlton, Massachusetts you better return your books on time or else you may experience a brief visit from local law enforcement. After amounting some late fees and a few letters asking you to return the books the police will make a visit to your house as they have done to some 14 houses in Charlton.

Although the police haven’t been arresting anyone, and as far as I can tell they’ve been nothing but polite. Some people feel that sending the fuzz out for library books is taking things a bit too far. I can’t help but agree with them. I understand that libraries need to get their books back in a timely manner, and many people have responded to the police presence by returning over due books, and a few that weren’t due back yet. I would like to know how many of them checked out more books.

I know if the police came to my door about library books, I would probably be too nervous to continue checking books out. It would just send me to my local bookstore the next time I needed books.
http://articles.cnn.com/2012-01-03/us/us_massachusetts-overdue-books_1_overdue-books-library-books-hailey?_s=PM:US

Will occupying libraries work out?

It is tragic to see all the libraries closing down this year, I understand with the times as they are and the library turn outs decreasing a few closures are necessary. We may not like to but every now and then they need to go.

What is heart breaking is when I well loved and actively used library has to bite the dust.

I just came across this great article. The Lincoln branch of the Detroit Library system is being closed down, despite a public outcry, not only is it well loved in the community it also serves as the only library for a local elementary school to use. The public were so outraged they tried to stage a sit in, it didn’t take long for police to arrive and load up all the protesters into a van to ship them off.

If protesting doesn’t pull it off, they also give us a painfully sweet letter from one of the local fifth grade students who have to rely on this library to do his school work and practice his reading

I can only hope this library can be saved.

Posted by bibliopirate on December 23, 2011 in News

Skyrim: Quest for the Perfect Library 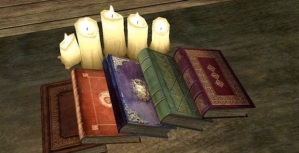 I’m joining the ranks of people who just can’t say enough about the newest Elder Scrolls game Skyrim. It continues the most amazing aspect of those games, or at least most amazing to me. This is the in game library of books.

The Elder Scroll games gives the player full control of exploring the world. Just about anything you can think to do, your character in the game can do it. This includes reading. There is something like 490 different titles in the game, each one with at least a few pages of text for the player to read. Only a few of those have any in-game effect, most of them are just there to provide that extra level of immersion into the world. It just boggles my mind that the game designers would put that much love and attention into their game.

I would love to see DLC or some player created mods for the game featuring book related quests, maybe something along the lines of a radical faction of book burners, getting rid of what they deem “immoral” reads” or something like that.

The books have such a great deal of variety in their subject matter. Comedies, dramas, histories etc. It just makes me picture a group of battle crazed vikings and dragon-slayers gathering every Wednesday at 6pm for Book Club with a cup of tea and a no holds barred conversation about the newest Imperial Times Bestseller.

I also wonder how many people read the books, I’ve read a few of them. My favorite has to be “The Lusty Argonian Maid” It amounts to an excerpt of a play-script featuring some very bawdy innuendo between a man and his bipedal lizard lady maid. It just cracks me up to read it. That book is an easter egg to the third game in the series Morrowind. In Morrowind there is a small side quest to get an actor a job so he stops bothering a shop keeper. If you care to do more than scaring off the actor, you can get him a role in the premiere showing of that play.

So does anyone have any favorite Skyrim books? Ones that make you smile, and really feel like you discovered something special when you took the time to read a book within a game.

I really can’t give enough Kudos to the game designers, more games should definitely work on fleshing their worlds out. While every book is readable in Skyrim, we’re still getting games where most doors are actually still walls.
(I don’t own these images, they belong to Bethesda Softworks and come from Skyrim) 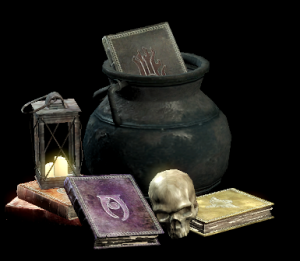 Posted by bibliopirate on December 20, 2011 in miscellany