Indigo Books and Music has joined other bookstore chains Barnes and Noble and Books A-Million in vowing not to carry books published by Amazon’s publishing imprints. Time will only tell if it will put any dent on Amazon’s sales or not. I wouldn’t be surprised at all if indie bookstores didn’t regularly carry Amazon published books, although in order to survive I’m sure they would still happily fill out a special order for any book that their costumer wants. Because when it comes down to it, the ultimate goal of running a bookstore is to get the costumer the books they want and will enjoy.

As more stores are standing against Amazon, talks about the online super store opening brick and mortar stores are popping up again.

I have my doubts that a physical location for Amazon will truly work out, some much of their advantage is the fact that the online stores carry almost everything, and you don’t have to leave your house to shop there. A physical place unless it takes on a Costco like atmosphere as a warehouse store can’t possibly hope to offer the same amount of variety and discounts in items.

Posted by bibliopirate on February 7, 2012 in News

As the Super Bowl quickly approaches even those in the non sports publishing world are getting excited. In the intensity of team rivalries two small publishers Beacon Press of Boston and Other Press of New York have placed a unique wager on the outcome of the game.
The publishing company from the town that hosts the losing team “will promote two of the other publisher’s titles for a week on the web, featuring the two titles on their website and promoting the titles across social media platforms.”

In the spirit of fair play the winning publishing house will also have a few conditions to live up to as well, they will have to promise to give away free books to the winner of a special draw that you can enter through this link.

I will admit that this is the first I’ve heard of these two publishing houses, but I’ll have to take a look at their titles to see who I’ll root for this Sunday.

This wager was apparently made during a heated dinner at The Digital Book World Conference last month. One can only imagine the amount of liquid libations that lead up to it.

Posted by bibliopirate on February 3, 2012 in News

The Future of Books.

This is a great little article in which we get to hear Neil Gaiman’s thoughts on the future of books. He gives traditional publishing about 5 to 10 more years, but like the most of us see more books being created. He then draws a comparison with what happened to the music industry by saying, “There are fewer rock stars travelling the world in their private jets than there were in the old days, but there’s a lot more good music.”

Publishing is certainly heading for new and turbulent times as they sort out how to properly handle the e-reader revolution, but at least for the moment more people are getting published. We may lose our bestsellers but it looks like we are gaining so much more. 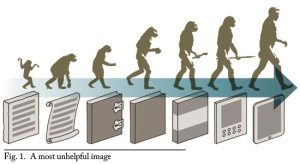 P.S. I’m also happy to report I’ve now reached over 100 followers. Thank you all for stopping by.

Posted by bibliopirate on January 27, 2012 in News

Police the Strongarms of Librarians

If you live in Charlton, Massachusetts you better return your books on time or else you may experience a brief visit from local law enforcement. After amounting some late fees and a few letters asking you to return the books the police will make a visit to your house as they have done to some 14 houses in Charlton.

Although the police haven’t been arresting anyone, and as far as I can tell they’ve been nothing but polite. Some people feel that sending the fuzz out for library books is taking things a bit too far. I can’t help but agree with them. I understand that libraries need to get their books back in a timely manner, and many people have responded to the police presence by returning over due books, and a few that weren’t due back yet. I would like to know how many of them checked out more books.

I know if the police came to my door about library books, I would probably be too nervous to continue checking books out. It would just send me to my local bookstore the next time I needed books.
http://articles.cnn.com/2012-01-03/us/us_massachusetts-overdue-books_1_overdue-books-library-books-hailey?_s=PM:US

http://thinkprogress.org/justice/2012/01/23/408974/tennessee-tea-party-demands-that-references-to-slavery-be-removed-from-history-textbooks/?mobile=nc
This is absurd, absolutely and unquestionably wrong. The Tea Party is apparently trying to get any references to slavery removed from history textbooks in Tennessee. I know slavery was a horrible practice, but I’m proud we were able to abolish it. I just don’t understand trying to force us to delete anything in history that might make us look bad.
If we remove slavery, let’s also claim that African-Americans and women always had the same rights as white men. We can say whatever we want, we’ll be the real life version of this comic strip from
www.smbc-comics.com 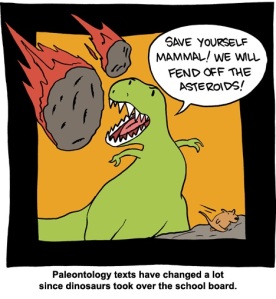 iBooks and the iBookstore

http://www.huffingtonpost.com/2012/01/21/ibooks-author-contract-ibookstore_n_1220123.html?ir=Books
Apple has made a great new app called iBooks Author, a free app that helps you format and create high quality e-books. The software is apparently getting great press on how easy it is to use. The bugger in it, is maybe iBooks isn’t as free as you think. While they’ll never charge you anything for the service, you will be greatly restricted as to where you can post your new e-books. If you charge a fee and this includes subscription based products the only place you sell your new iBook e-book is through the iBookstore. Some critics have claimed this would be like if Microsoft restricted where you could sell documents that were created on word.

There are now people looking into if this contract in the end-user license agreement is even legal and would a court enforce it, and speculation abounds about whether Apple would even uphold it.

Posted by bibliopirate on January 23, 2012 in News 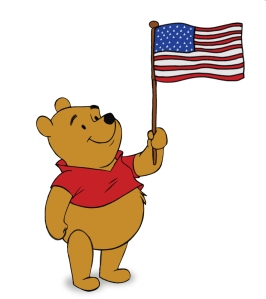 I’ve just read a very interesting article about the modern renditions of the classical Winnie The Pooh. Apparently there is a lot of controversy over the Americanization of that iconic character and his 100 Acre Woods. Many people are seem to think the books should be kept in the classic British style and over using what they dub “Americanisms”.

Parragon who publishes the new pooh have this to say however, “[W]e sell our books around the world and not just the UK and so we sometimes need to adapt the language accordingly to make it accessible for the widest possible audience.”

I’m personally of the opinion that if you are carrying on a classic story you should certainly try to keep it in the original voice. I don’t think this is required though, especially if the original stories are still published as they were written.
To view the article http://newsfeed.time.com/2012/01/17/oh-bother-brits-say-modern-winnie-the-pooh-riddled-with-americanisms/

Posted by bibliopirate on January 22, 2012 in miscellany

Is Sherlock the new Vampire?

http://www.huffingtonpost.com/2012/01/18/cbs-sherlock-holmes-tv-show_n_1213216.html
CBS has apparently just green lit a new pilot for a series about a modern-day Sherlock Holmes set in NYC. I love Sherlock as readers of this blog may have figured out by now, but I feel his is starting to glut the market. A Study in Sherlock just had its paperback release, The House Of Silk (the first novel to authorized by the Conan Doyle Estate) was just released, the second Guy Ritchie Sherlock movie just came out and of course the BBC has their modern Sherlock series. Is there really that much of demand? Or are we about to be as sick of seeing the Baker Street detective as we are of seeing vampires.

Speaking of which I see a novel about a vampiric Sherlock who is madly in love with the teenage great-great-grandaughter of Watson. As their love is constantly challenged by the descendants of Moriarty who are some kind of twisted Van Helsingesque figures.

Posted by bibliopirate on January 19, 2012 in News

Do you have relationship problems? And have you ever wanted the master mind behind The Series of unfortunate events to help you out of those dire straights we call love? If you had, you are in luck. Daniel Handler AKA Lemony Snicket will be taking over the Huffington Post twitter feed to give you his 2cents, or maybe his 140 cents (since it is twitter and all).
“This will be in honor of his upcoming book “”Why We Broke Up”, a beautifully illustrated novel in the form of a break-up note from a teenage girl to her former boyfriend.”
For more details read The Huffington Post Article

Posted by bibliopirate on January 18, 2012 in miscellany, News

In a stunning move the McDonald’s in the UK are giving out books with their Happy Meals, this campaign will last until early February. They will be handing out over 9 million copies of the Mudpuddle farm books and finger puppets to go along with them. Hopefully this campaign will take over and spread to the US, if any company can find a way to spark an interest in reading for kids it would be McDonald’s.
You can read more about this at The Huffington Post

Posted by bibliopirate on January 11, 2012 in News